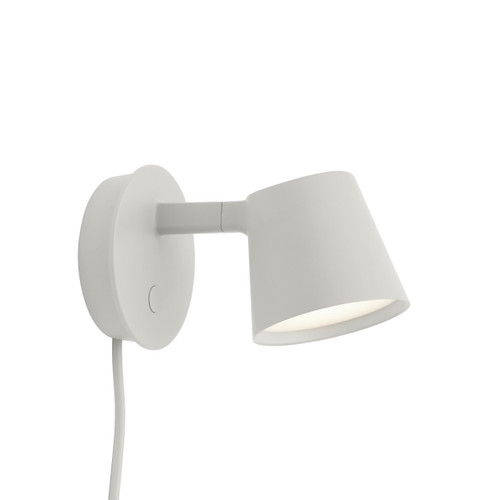 Created from the idea of stripping a design down to its essentials, the Tip Wall Lamp is a simple, functional design that brings careful attention to the subtlety of details. Offering direct as well as ambient light, the lamp's adjustable head feature an opal diffuser and dimmer function that effortlessly alters the volume of light.

Designer info:  Wesley Walters and Salla Luhtasela, also known as Studio Kaksikko, who won the first FDS Award in 2016 with their Perch bar stool. They share not only a similar taste in design but also an eventful path to the field. Both have studied design at the Aalto University Helsinki, and their work has been influenced by both Scandinavian and Japanese aesthetics.

The name Muuto, was inspired by the Finnish word muutos, means new perspective. Muuto believe good design starts with the person. Muuto handpick the brightest talent in Scandinavia and give them the freedom to express their individual story through everyday objects.